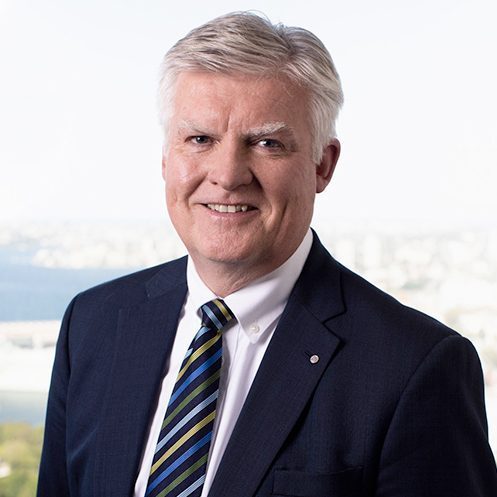 Chris is the Principal of Shaw Reynolds Lawyers. He is a Non-Executive Director of the NSW Crown Holiday Parks Land Manager which is responsible for the Reflections Holiday Parks portfolio, having been appointed 1 Jul 2015. In 2020, he was also appointed as Chair of its Asset and Development Committee. He is a Non-Executive Director of Water Polo NSW having been appointed in Feb 2017. He sits on the Judicial Tribunal for Sydney Rugby Union, Juniors and Chairs Water Polo Australia‘s Disciplinary Tribunal.

He is a past member of the Governance Committee for the Australian Property Institute (API)having been a Director of the API and the APIV Ltd from 2012 to 31 Dec 2016. He chairs the API’s Complaints Committee and its Judicial Tribunal. He is a past Chair of the Planning Reform Committee (from Jan 2013 to Feb 2019 ) and the Planning Committee (from Jan 2016 to Feb 2019) for the Property Council of Australia (NSW Division). He is a past member of the Australian Property Council’s NSW Divisional Council (Jan 2016 – Feb 2019). Chris represented the Property Council of Australia on the NSW Land and Environment Court‘s Users’ Group from 2002 – 2019, he also acts as Chairperson or Sole Reviewer for various Councils when Code of Conduct issues arise.

Chris advises local and state government bodies, corporations and individuals on their legal responsibilities with respect to property related issues. These include issues that arise during the acquisition and assessment stage through to the development approval, modification and construction stages. He regularly appears on behalf of clients in the NSW Land and Environment Court and the Supreme Court.   Chris has acted on projects in NSW, Queensland, Victoria, Tasmania and Western Australia. He regularly lectures on local government, planning and environmental law.

Chris is the Patron of Palm Beach Golf Club. He is an active playing member of the Sydney University Water Polo Club.

Get in touch to discuss your planning or development issue