Property 101: Want to complete a contract of sale in a different name? Beware of double duty…

Blog  >
Property 101: Want to complete a contract of sale in a different name? Beware of double duty… 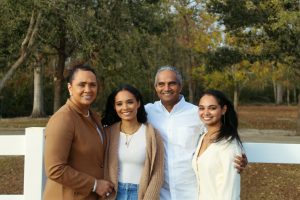 In the flurry to secure a property, purchasers often turn to consider to who should ultimately own the property after contracts are executed. Often parties want to add or remove a party or a company name. How this can be achieved will vary depending on the circumstances, however, purchasers should be aware that changes to an executed contract may trigger double Transfer Duty.

In NSW, Transfer Duty (previously known as stamp duty) will be payable on purchases of real property, including vacant land or farms, commercial properties, or businesses which include land. Except for the case of off-the-plan [AS1] purchases, Transfer Duty must be paid within three months of signing a contract of sale or transfer.

Section 18 of the Duties Act 1997 may prevent double Transfer Duty where the duty chargeable in respect of an agreement (that is, the executed contract of sale) has been paid and the transfer (the form which transfers the property to the purchaser at settlement) of dutiable property conforms with the agreement for sale. In this case the duty chargeable in respect of the transfer will be $10.

(a) the duty chargeable in respect of the agreement has been paid, and

(c) the transfer occurs at the same time as, or proximately with, the completion or settlement of the agreement, and

Purchasers intending to complete a transfer of property to a related person at completion (who is not the purchaser on the contract) should, however, be aware of Warner v Chief Commissioner of State Revenue [2011] NSWADT 212. This case confirmed that all of the persons named as the purchaser in the contract must be related to all of the persons named as the transferee in the transfer.

Changing the parties to a contract of sale

Once a contract is executed the purchaser named in the contract of sale can only be amended with the agreement of the vendor to rescind the original contract and enter into a new one. As the vendor’s agreement is required, it is likely that they would expect the associated legal costs to be paid by the purchaser.

Where an executed contract of sale is later rescinded and a new contract is entered in it’s place, the Chief Commissioner will still need to be satisfied in relation to the matters set out at s 50(1) of the Duties Act 1997 for double duty not to apply.

Rather than risk incurring double duty, it is best to consider early which entity is to acquire the property and ensure any agreement is executed accordingly. Please contact Robecca Cunningham, Senior Solicitor should you have any questions relating to this article.

The content of this article is intended only to provide a summary and general overview on matters of interest. It is not intended to be comprehensive and does not constitute legal advice. Although all efforts are made to attempt to ensure that the content is current, this is not guaranteed. You should seek legal advice before acting or relying on any of the content.