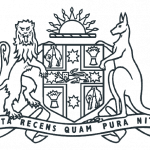 We set out below the reasoning, key takeaways and the lessons that can be learnt if the matter arises as part of your development.

At first instance, the decision concerned an appeal against the Independent Planning Commission’s decision to refuse a request made under s 75W of the Environmental Planning and Assessment Act 1979 by the Applicant, Dartbrook, to “modify” development consent for a coal mine. The Court of Appeal considered the primary judge’s decision to permit the Hunter Thoroughbred Breeders Association Inc (HTBA) to join the proceedings. HTBA argued the modification application proposed by Dartbrook caused the application to amount to a new modification application and consequently not within the scope of s 75W.

Meagher and Leeming JJA did not consider whether the Court has the power to “amend” a modification application. However, the Chief Judge of the Land and Environment Court delivered a comprehensive judgment on this issue.

Preston CJ of the Land and Environment Court:

The Chief Judge of the Land and Environment Court found that the power to amend a request or application to modify a development consent did not exist. His Honour gave four reasons for this finding:

Accordingly, while Preston CJ did not agree with the reasoning behind HTBA’s argument that the Court lacked the jurisdiction to allow “the amendment of the application to modify the development consent”, he agreed with the argument generally. However, Preston CJ found that:

This means other aspects of the appeal relating to disposing of the proceedings and approving the “request to modify the development consent by approving the request on conditions” could be upheld. Accordingly, the Court:

In summary, there is no express provision allowing a consent authority to amend an application to modify a development consent or approval, in circumstances where the parallel situation in relation to a development consent is specifically provided for in cl 55 of the EPA Regulation. Having considered previous authorities, I further consider that such a power cannot be implied from the statutory provision providing for a consent authority to determine a modification application. I consider this is so even accepting that the determination itself can be made subject to conditions. As noted above, my reasoning reflects and adopts much of the reasoning and findings of Preston J in Dartbrook CA in particular the reasons at [227]-[270], which I have noted at [32]-[39] above.

More recently, in Cavcorp Australia Pty Ltd v Hunters Hill Council [2021] NSWLEC 139, Clay AC considered Preston CJ’s reasoning in AQC regarding an amendment to a modification application to be obiter but “at the very least… very persuasive observations”. However, Clay AC distinguishes Preston J’s obiter on the grounds that:

this is not an appeal from a decision of the Council but an application directly to the Court. The present proceedings are an application pursuant to s 4.55(8) of the EPA Act in respect of which the Court has jurisdiction in Class 1 by virtue of s 17(d) of the Land and Environment Court Act 1979 (Court Act).

How we can help:

As always, we are here to help you deal successfully with a problem that might prevent you from achieving your aim.  Unless and until there are amendments to the EPA Act, there are some practical ways to address this limitation. For example, it might be practical in your case to negotiate conditions of consent where the effect of a condition may be to modify the details of the development, noting that it is open to the Council and the Court to do so without amending pursuant to cl 55 of the Environmental Planning & Assessment Regulations 2000.

The content of this article is intended only to provide a summary and general overview on matters of interest. It is not intended to be comprehensive and does not constitute legal advice. Although all efforts are made to attempt to ensure that the content is current, this is not guaranteed. You should seek legal advice before acting or relying on any of the content.